A gap is defined as an unfilled space or interval. On a technical analysis chart, a gap represents an area where no trading takes place. On the Japanese candlestick chart, a window is interpreted as a gap.

Gaps can play an important role when spotted before the beginning of a move. 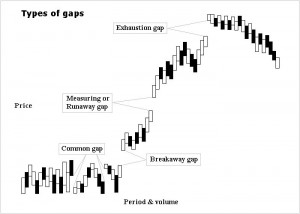 There are four different types of gaps, excluding the gap that occurs as a result of a stock going ex-dividend. Since each type of gap has its own distinctive implication, it is very important to be able distinguish between such gaps.

Some market speculators “Fade” the gap on the opening of a market. This means for example that if the S&P 500 closed the day before at 1150 (16:15 EST) and opens today at 1160 (09:30 EST), they will short the market expecting this “upgap” to close. A “downgap” would mean today opens at for example 1140, and the speculator buys the market at the open expecting the “downgap to close”. The probability of this happening on any given day is around 70%, depending on which market you look at. Once the probability of “gap fill” on any given day or technical position is established, then the best setups for this trade can be identified. Some days have such a low probability of the gap filling that speculators will trade in the direction of the gap. 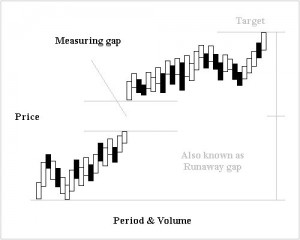 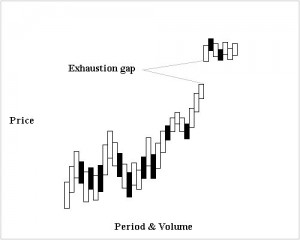 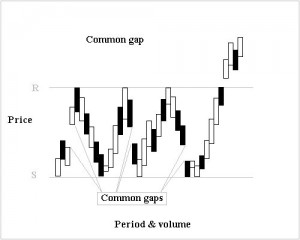 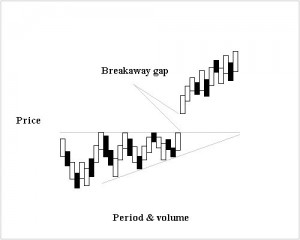